Here we are, already the 1st of July.  The last couple weeks have seen cold fronts, wind, and rain.  The water temps have fallen 5 degrees.  With all this, fishing has been up and down.

Bass- Bass fishing has been hot and cold for the last two weeks. Guests report catching good numbers one day and very few the next.  A number of smaller fish seem to be easy to catch.  There were some nice bass caught, though.  A dozen or so bass from 19 to 21” were caught. Top water is starting to come around. Guests reported a hot top water early last week and slowing the rest of the week.  I threw a few top water baits yesterday and caught one fish and had a few nice bass follow. Leeches, top water, and crankbaits seem to be the method this week.

Walleye- I had my camera down a lot this week and yes there are lots of walleyes swimming around. Catching them is another story. I did happen to catch a 25”on a jigging rap.  There were some very nice walleyes caught this week. One group caught a 25”, 29”, and 30 ½”.  Most of the walleyes caught this week were on leeches. This is the week that generally starts the big fish bite.  There have been numerous fish from 28”-33” caught the last three years.

Northern -Numerous pike have been caught this month.  All sizes were seen.  Some of the nicer fish the last few weeks include a 42” and a couple in the 30” inch range.  I finally took the time to learn how to debone these slimy guys and probably will be keeping more of them.  They fry up just as good, or better, than walleye.

Musky-Musky are getting a little more active.  One guest caught a 42” trolling crank baits two weeks ago.  This week produced a 42”on a bass top water and the same guest had a mid- 40” fish on for a while but it came off after a few runs around the boat.  Numerous fish were seen doing what Muskies do best- lurk, follow, and terrorize. 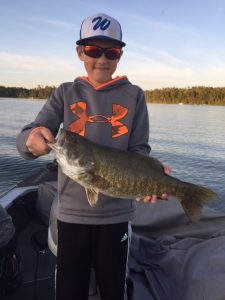 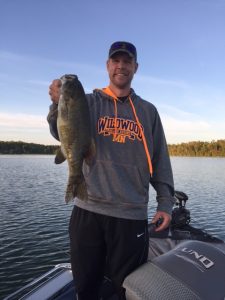 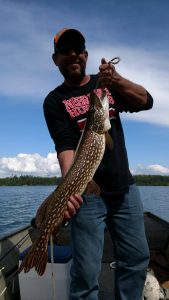 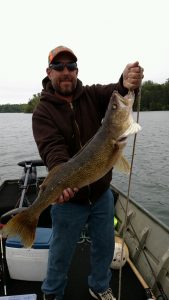 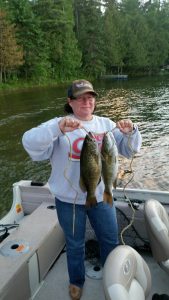 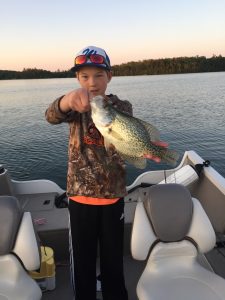